Archive for the ‘Ohio’ Category

NB Commentary, Sometimes the sleeping giant rolls over and takes a yawn, but after watching these videos, you can see he went back to sleep or he was/is heavily sedated and will probably not awaken from his stupor until thunder rocks his bed to and fro.
Rip Van Winkle will wake up 100 years later, see his shadow and beg to be medicated, so he can go back to sleep where it’s safe as the whispered words ‘Wake Up” drown in his snores. 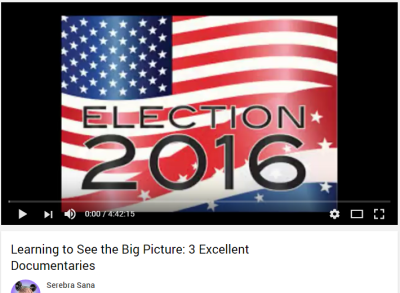 NBCommentary: So that’s how it’s done. To avoid a federal civil rights trial, the Rice Estate gets $6million. Meanwhile, no criminal charges against the officers that killed Tamir. For some reason this just seems a bit strange to me.
By MITCH SMITH APRIL 25, 2016

By REUTERS
Cleveland Mayor on Tamir Rice Settlement
Mayor Frank Jackson announced a $6 milllion settlement with the family of Tamir Rice, a 12-year-old killed by the police, but said no price could be put on the life of a child.
http://graphics8.nytimes.com/video/players/offsite/index.html?videoId=100000004359802
By REUTERS on Publish Date April 25, 2016.
Photo by Tony Dejak/Associated Press. Watch in Times Video »
CHICAGO — The family of Tamir Rice, the 12-year-old boy whose fatal shooting by the Cleveland police in 2014 prompted national outrage, is set to receive $6 million from the city in a settlement announced Monday in federal court records.
The settlement, which would be the latest in a series of seven-figure payouts by major American cities to the families of African-Americans who died at the hands of officers, spares Cleveland the possibility of a federal civil rights trial that could have drawn new attention to Tamir’s death and to the city’s troubled police force. It also allows the city to avoid the possibility of an even larger judgment.
Cleveland officials said the settlement was the city’s largest in a police-related lawsuit, though under the terms of the agreement, the city does not admit wrongdoing. The $6 million figure is in line with settlements in the deaths of Eric Garner in New York and Freddie Gray in Baltimore.
Lawyers for the Rice family had been meeting with Cleveland officials to discuss a settlement since early last month. The agreement must still be approved by a probate court.
For the Rice family, which had called for criminal charges against the rookie officer who opened fire almost immediately after encountering Tamir on Nov. 22, 2014, the settlement means a significant payment and an end to civil proceedings. But it does nothing to change the decision by a Cuyahoga County grand jury last year to not indict the officer, Timothy Loehmann. Lawyers for Tamir’s estate said Monday that “no amount of money can adequately compensate” the boy’s relatives for their grief.
After Death of Tamir Rice, Pain Lingers
By Brent McDonald and Michael Kirby Smith
After Death of Tamir Rice, Pain Lingers
Family and friends of Tamir Rice, 12, struggle with their loss five months after a Cleveland police officer fatally shot the boy as he played with a toy gun in a park.
By Brent McDonald and Michael Kirby Smith on Publish DateApril 22, 2015. Photo by Brent McDonald/The New York Times. Watch in Times Video »
“In a situation like this, there’s no such thing as closure or justice,” the lawyers, Jonathan S. Abady and Earl S. Ward, said in a statement. “Nothing will bring Tamir back. His unnecessary and premature death leaves a gaping hole for those who knew and loved him that can never be filled.”
The Rice settlement provides another example of a city choosing to settle for millions of dollars rather than to contest a wrongful-death lawsuit in court.
This month, Chicago aldermen approved paying $4.95 million to the family of a man experiencing a mental health crisis who died after being dragged from his cell in handcuffs and shocked repeatedly with a Taser. They also approved $1.5 million to the estate of an asthmatic man who died after a police foot chase; witnesses said he had been denied access to his inhaler.
Continue Reading…… http://www.nytimes.com/2016/04/26/us/tamir-rice-family-cleveland-settlement.html 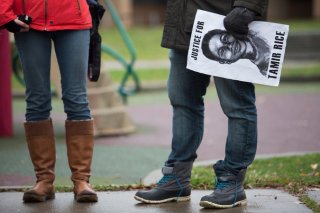