Archive for the ‘video games’ Category

NB Commentary: Watch this video and tell me what you think. These animations remind me of my Friend Riley Martin in his book “The Coming Of Tan” where he shares a story about how the robots took over a planet because they saw no need for organic beings. They were created by these organic beings but the technology got to the point where the robots became more powerful than their creators.
On another level, the opening scene, reminded me of “The Matrix”, when Neo was released from being connected to the Matrix main computer.

When this Cyborg releases himself, he is later confronted by other entities (the Matrix Sentinals) who remind me again of the representation of what the “Real World” was in the Matrix. 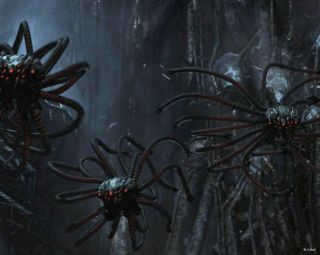 So what is this actually saying. Is there no escape from the Matrix, even for the Transhumans?????
Watch this video.
Please leave your comments below.

Adam is a short film created with the Unity game engine and rendered in real time. It’s built to showcase and test out the graphical quality achievable with Unity in 2016. It runs at 1440p on a GeForce GTX980.

A REAL SCIENTIST AND HIS PROOF AND THEORIES OF CHEMTRAILS, MORGELLANS AND BLACK GOO.RICHIE FROM BOSTON RFB,Disclaimer: All works by RichieFromBoston are criticism, comment, news reporting, teaching and research.