Archive for the ‘Philando Castile’ Category

EXCERPT: MINNEAPOLIS (AP) — The Minnesota police officer who pulled over Philando Castile politely told the driver that his brake lights were out and calmly instructed him not to pull out his handgun before suddenly drawing his own weapon and firing seven rounds into the car, a video released Tuesday showed.
The dashboard video taken from St. Anthony police Officer Jeronimo Yanez’s squad car illustrated how a simple traffic stop of a Black man shifted in an instant from a routine exchange to a deadly confrontation. 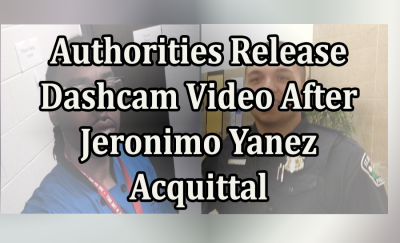 When Yanez opened fire, another officer near the car jumped back, and Yanez began yelling at the driver. As more police and an ambulance arrived, Yanez could be heard breathing heavily and swearing and trying to explain his actions to fellow officers.
The video was made public just days after the Latino officer was acquitted on all counts in the case. Although the squad-car footage was described repeatedly and was shown to jurors in the courtroom, it had never been made public until Tuesday.
The shooting on July 6, 2016, in the Twin Cities suburb of Falcon Heights gained widespread attention because Castile’s girlfriend, Diamond Reynolds, livestreamed its gruesome aftermath on Facebook. Unlike Reynolds’ video, the squad-car video shows the situation’s quick escalation and the shooting itself.
Yanez, who was found not guilty of manslaughter and other charges, began firing only seconds after Castile told the officer he had a gun.
By   Associated Press
SOURCE 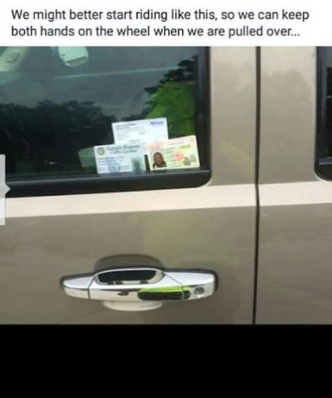 NB Commentary: I knew it wasn’t over, I get this dizzy feeling when Shit is about to hit the fan. So from Orlando to this. If they give us enough false flags, with real casualties, we won’t be able to keep up or debunk them fast enough.﻿

Bomb Robots?
Dang, couldn’t they  just get me a robot that likes to house clean.
Seriously?? A Bomb Robot??
Okay, here’s a question.
Who saw this coming?
Makes you wonder if they stage these events to test out their new weapons. I am beginning to think so.
Bet they wagered on it down at Wall Street, wish I could understand all them numbers. Watch the stocks for this company go up though.
For humans to find more and more creative ways to kill each other must give the one who created this Prison Planet even more reason to feel good about their experiment.
I believe that Killery is behind it, and I wouldn’t put her passed it, it gives her a chance to throw her towel in for the BLM movement. It’s all staged, and believe me there are many agendas, they got a lot of dogs in this race.﻿

“He added that while robots aren’t typically designed to be armed — they’re used for observation or dismantling purposes — law enforcement could decide to use bomb robots when officers are in immediate danger.” http://www.nbcnews.com/storyline/dallas-police-ambush/dallas-police-used-robot-bomb-kill-ambush-suspect-mayor-n605896

Everything we know about the bomb robot used by Dallas policeThe incident is believed to be a first on US soil. By James Vincent  July 8, 2016 http://www.theverge.com/2016/7/8/12129348/dallas-shooting-bomb-robot

They have been trying to separate us,

divide and conquer. They tried to do it by selecting Obama and get all the white folks that are secretly racist, riled up. But that didn’t work, and a lot of white folks fell in love with that man.

Then we had the Tea Party, and that went over like a led balloon when they shot that political lady, Gabby Gifford,  a gun supporter.
And all these “false flags hoaxed drills” that are unraveling at the seems. So they throw in Donald Trump to get the masses really acting whacko. But even Trump got unexpected followers, in the Latinos and Blacks.. So now what, what can they do to declare Martial law, what can they pull off next to give them good reason to bring the military to the streets of North America in full bloom??

Either the American people are more resilient than they expected or too sleep to care. One thing I do know, is that if Martial law does become open, and warfare is declared, they will be facing some serious gun battles from folks who ain’t as scared as the Police are, from folks who have bought out the gun stores in the Malls and online, even the gays purchases of firearms peaked after Orlando, well, all I can say is, get your supplies and honker down cause if the SHTF… it ain’t gonna be pretty. And it will certainly be colorful as all walks of life join together. The USA and its government has shown that it doesn’t really care about ANY OF ITS people. It ain’t about black or white, or latino it’s about those who have and those who do not. So yeah, this will be a colorful revolution coming to a war theater near you.

https://www.youtube.com/watch?v=SkiFnt3oDMI
You know, maybe it’s because I have been checking the Corbett Report out for some time, but James said exactly what I was thinking when I heard the term “sniper”. Then I went down the list of countries in my head where this same scenario took place. Ukraine, Syria, Libya, Egypt… and it makes you wonder, who the hell is behind these “so-called snipers” and what is their agenda, or should I say agendas??
After the recent deaths of two black men (Alton B. Sterlingand Philando Castile) here in the US struck down by police, and the not so recent legislation called, “Blue Alert” to protect the Police, it makes you wonder if along with being psychopaths, if the folks at the helm are bi-polar. I have always admired folk’s ability to list dates and times and names in news stories and talks etc., well that part of history always escapes me, but believe me, I remember the stories, the carnage, the blaming and the looking away. And one thing that is for sure, the US will say it’s a brutal regime that uses snipers to kill its own people who are peacefully protesting, but they will never turn the mirror around and own, claim or admit that those snipers, along with a host of other so-called “lone gunman” are funded and supported by our own home grown brutal regime, right here in the USA. Nope, not, it’s different, they are “lone gunman” they are not connected in anyway to the USA or it’s government and administration, oh no, the US would never do anything like that against its people, never in a million years, only those other guys do that.