Archive for the ‘Super Pacts’ Category

Are You Voting For Trump? (Video) 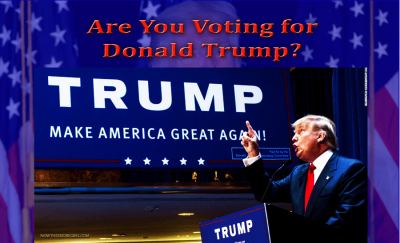 The rabbit hole is so deep we are going to end up in China.
I have a question for the Trump Voters. Can you tell me what happened to the Occupy Movement? Last I heard, wasn’t there a big chasm between the Middle Class and the 1% and an even bigger chasm between the 1% and the poor. How is it possible that people actually believe that a Billionaire, has a heart for the common man. Maybe it’s the Oprah’s of the world, the Bill Gates and the JayZ’s that have pulled this trick on the masses.
I think that it is extremely interesting that “Trump” a Billionaire has so many folks following him. If you ask me that is key in showing how duped the American voters are. Trump is part of the 1%, how did it happen that folks believe he will look out for the middle class and the poor. In order to be a Billionaire you have had to rub elbows with the elite. Where are his donations to causes for human rights and social justice? Where is his track record of reaching out to others. Oh yeah, he’s given jobs to many some say, but seriously, he is still a Billionaire, and if folks are having trouble with the elite, and if they feel that the 1% sees the rest of us as useless eaters, why on God’s green earth would they vote into office a 1%ter? It boggles my mind that folks would trust him.
Before he ran, folks were talking about his extravagance and luxurious behavior and how he bought a whole island for him to be buried in.
There was all this controversy and finger pointing at the Bush Administration when he had the most wealthy people in his administration than any other president. And last I heard, many of the Congressmen and women are millionaires themselves. How is it possible that he would not have access to even more bribes, and money laundering and back-room deals than any of the other elite so-called representatives in Congress.
Just because he could fund his own campaign does not tell us that he does not act and think like an elitist, quite the contrary. I find it interesting that this point is not brought up at all, it is as if the American voter has no memory, at all.
This election is a train wreck, but even more unfortunate, the American voter is happily going along for the ride.﻿
You can say I’m a hater, but I’m just saying. This is blatant cognitive dissonance if you ask me.

More Reading:
Idiot Winds at Hofstra: Notes on the Not-So-Great Debate
TRUMP supporters are, perhaps, the only group of voters in America’s history who have been so viciously and consistently maligned, and in such a coordinated manner, by both political parties.
http://drrichswier.com/2016/04/16/some-of-my-best-friends-are-trump-supporters/
Did the ‘Bumfights’ Guy Pull This ‘Naked Trump’ Statue Stunt?
https://www.inverse.com/article/19929-naked-donald-trump-emperor-has-no-balls-ryan-mcpherson-indecline
Trump supporters fear Fredericksburg-area delegates will back Cruz at contested convention
http://www.fredericksburg.com/news/local/trump-supporters-fear-fredericksburg-area-delegates-will-back-cruz-at/article_05bbd9ad-83ed-59e7-8bdd-8db7fbadbc1c.html
How to win back the hearts and minds of Trump supporters
http://theweek.com/articles/592972/how-win-back-hearts-minds-trump-supporters

The American Voter Is An Enabler (VIDEO) 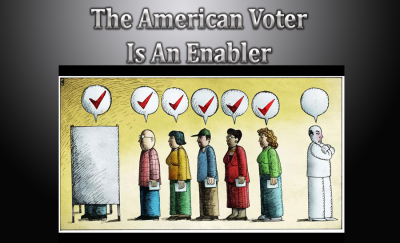 A voter/citizen of the USA expressed that he is aware that this election is a train wreck but wants to be able to say “at least I tried”.
My response. ….
If you are in a sinking boat because it was poorly constructed, to say you tried to save it by using a small bucket to dunk the water instead of a huge one, still doesn’t stop the boat from sinking. It’s time for a new boat!
The American voter is in a codependent relationship with an abusive government. The American voter is an enabler to its abuser because he/she believes by trying to win the game by the government ‘s rules that they will eventually be given Justice and/or correct treatment. They refuse to see that their government is a Psychopathic tyrant who cares only to be fed by its host. They cannot accept that all their trying will make not a shred of difference because the relationship is not dependent on the tyrant being removed. But only the reformation of the Tyrant.
As long as the American voter believes that the tyrant can be reformed, they will continue to try to save the sinking ship with whatever size bucket they have.
It’s time to abandon ship, and build a completely different model that can truly sail the seven seas!
Nana’s Rants on Subjects from A-Z http://nanas-rants.blogspot.com