OH, WHAT A TANGLED WEB WE WEAVE … 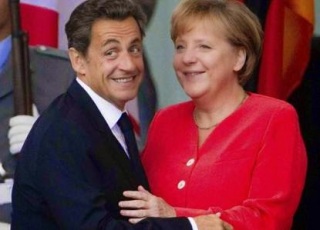 … WHEN FIRST WE PRACTICE TO DECEIVE
Europe now looking for a bailout from China – just as the United States is drowning in debt to China.
Coincidence? Not a chance.
The David Icke Newsletter Goes Out On Sunday

In this cold and calculated way, the original crisis for the banks in 2008 has become a crisis for virtually everyone – except those who caused it – and vast tracts of public wealth have been transferred to those who caused it. But this is not the end of this process. Oh no. The idea is to bring every country to its financial knees so they can be absorbed into a world government and central bank and the plan is to keep on increasing the scale of their debts until there is a collective ‘bang’ that would heard on Mars.

We had all that ‘debt ceiling’ theatrics in the United States a few months ago with ‘crisis talks’ to increase the US ‘debt ceiling’ beyond what the law allowed. That law was always going to be changed to ensure the debt was increased, as I said at the time. It was all a stage show. It was like ‘phew, crisis over’, when the inevitable agreement was secured; but it was not crisis over at all. It was crisis worse. How can a debt crisis be over when the ‘solution’ is to raise the ceiling and incur massively more debt before the next crisis occurs at a far higher level of indebtedness?

It is crazy, or crazy if you think governments are supposed to be serving the interests of the people. It is genius if you know that the idea is to destroy America so it can be crushed by the world government jackboot. The same is happening in Europe where this week the Sarkozy-Merkel alliance won agreement for a new ‘bailout fund’ of a trillion euros. Where does that come from? More debt. This is the game – to increase debt to the point where the whole system comes down and a new one – the Cabal’s one – steps forward to replace it. This would be based on a world government, central bank and army.

Current events financially, politically and militarily are one giant collective Problem-Reaction-Solution – the more problems you create, the more solutions (your solutions) you can sell to a bewildered and ever more anxious and fearful public. And you knowit, too, don’t you, Obama, Sarkozy, Merkel, Cameron, Harper, Gillard and all the other souls for sale? 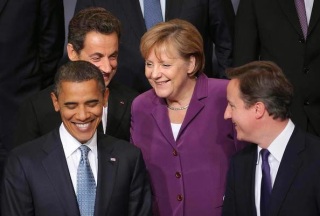 ‘They think we’re just responding to events – so funny.’
TO SUBSCRIBE TO THE DAVID ICKE NEWSLETTER, GET IMMEDIATE ACCESS TO HIS FANTASTIC NEWSLETTER LIBRARY ON A HOST OF SUBJECTS GOING BACK TO 2005, AND SEE HOURS OF VIDEO FOOTAGE OF DAVID’S INFORMATION, PLEASE CLICK HERE …

The Ravaging of Africa

Do We Celebrate the Jewish Holocaust?