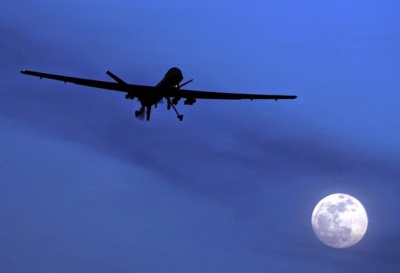 Video: Over the past few years, the Obama administration has institutionalized the use of armed drones and developed a counterterrorism infrastructure capable of sustaining a seemingly permanent war.
http://www.washingtonpost.com/wp-srv/video/videoEmbed.html?uuid=e43a3b02-1d39-11e2-9cd5-b55c38388962

Editor’s note: This project, based on interviews with dozens of current and former national security officials, intelligence analysts and others, examines evolving U.S. counter-terrorism policies and the practice of targeted killing. This is the first of three stories.

Over the past two years, the Obama administration has been secretly developing a new blueprint for pursuing terrorists, a next-generation targeting list called the “disposition matrix.”

The matrix contains the names of terrorism suspects arrayed against an accounting of the resources being marshaled to track them down, including sealed indictments and clandestine operations. U.S. officials said the database is designed to go beyond existing kill lists, mapping plans for the “disposition” of suspects beyond the reach of American drones.

Although the matrix is a work in progress, the effort to create it reflects a reality setting in among the nation’s counterterrorism ranks: The United States’ conventional wars are winding down, but the government expects to continue adding names to kill or capture lists for years.

Among senior Obama administration officials, there is a broad consensus that such operations are likely to be extended at least another decade. Given the way al-Qaeda continues to metastasize, some officials said no clear end is in sight.

“We can’t possibly kill everyone who wants to harm us,” a senior administration official said. “It’s a necessary part of what we do. . . . We’re not going to wind up in 10 years in a world of everybody holding hands and saying, ‘We love America.’ ”

That timeline suggests that the United States has reached only the midpoint of what was once known as the global war on terrorism. Targeting lists that were regarded as finite emergency measures after the attacks of Sept. 11, 2001, are now fixtures of the national security apparatus. The rosters expand and contract with the pace of drone strikes but never go to zero.

Meanwhile, a significant milestone looms: The number of militants and civilians killed in the drone campaign over the past 10 years will soon exceed 3,000 by certain estimates, surpassing the number of people al-Qaeda killed in the Sept. 11 attacks.

The Obama administration has touted its successes against the terrorist network, including the death of Osama bin Laden, as signature achievements that argue for President Obama’s reelection. The administration has taken tentative steps toward greater transparency, formally acknowledging for the first time the United States’ use of armed drones.

Less visible is the extent to which Obama has institutionalized the highly classified practice of targeted killing, transforming ad-hoc elements into a counter terrorism infrastructure capable of sustaining a seemingly permanent war. Spokesmen for the White House, the National Counterterrorism Center, the CIA and other agencies declined to comment on the matrix or other counterterrorism programs.

Privately, officials acknowledge that the development of the matrix is part of a series of moves, in Washington and overseas, to embed counterterrorism tools into U.S. policy for the long haul.

White House counter terrorism adviser John O. Brennan is seeking to codify the administration’s approach to generating capture/kill lists, part of a broader effort to guide future administrations through the counter-terrorism processes that Obama has embraced.

CIA Director David H. Petraeus is pushing for an expansion of the agency’s fleet of armed drones, U.S. officials said. The proposal, which would need White House approval, reflects the agency’s transformation into a paramilitary force, and makes clear that it does not intend to dismantle its drone program and return to its pre-Sept. 11 focus on gathering intelligence.

The U.S. Joint Special Operations Command, which carried out the raid that killed bin Laden, has moved commando teams into suspected terrorist hotbeds in Africa. A rugged U.S. outpost in Djibouti has been transformed into a launching pad for counterterrorism operations across the Horn of Africa and the Middle East.

JSOC also has established a secret targeting center across the Potomac River from Washington, current and former U.S. officials said. The elite command’s targeting cells have traditionally been located near the front lines of its missions, including in Iraq and Afghanistan. But JSOC created a “national capital region” task force that is a 15-minute commute from the White House so it could be more directly involved in deliberations about al-Qaeda lists.

The developments were described by current and former officials from the White House and the Pentagon, as well as intelligence and counterterrorism agencies. Most spoke on the condition of anonymity because of the sensitivity of the subject.

These counterterrorism components have been affixed to a legal foundation for targeted killing that the Obama administration has discussed more openly over the past year. In a series of speeches, administration officials have cited legal bases, including the congressional authorization to use military force granted after the Sept. 11 attacks, as well as the nation’s right to defend itself.

Critics contend that those justifications have become more tenuous as the drone campaign has expanded far beyond the core group of al-Qaeda operatives behind the strikes on New York and Washington. Critics note that the administration still doesn’t confirm the CIA’s involvement or the identities of those who are killed. Certain strikes are now under legal challenge, including the killings last year in Yemen of U.S.-born al-Qaeda operative Anwar al-Awlaki and his 16-year-old son.

“The problem with the drone is it’s like your lawn mower,” said Bruce Riedel, a former CIA analyst and Obama counterterrorism adviser. “You’ve got to mow the lawn all the time. The minute you stop mowing, the grass is going to grow back.”

Strikes against al-Qaeda, however, are carried out under secret lethal programs involving the CIA and JSOC. The matrix was developed by the NCTC, under former director Michael Leiter, to augment those organizations’ separate but overlapping kill lists, officials said.

“Welcome to the Age of Hell: Entrenching Murder as the American Way”