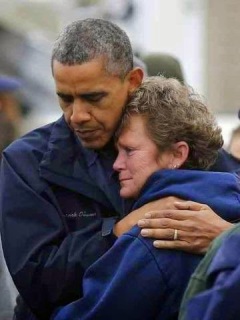 Is it me, or is it just American exceptionalism?
Do American lives, damage to their homes and lands, mean more, or is worth more than any other life on the planet?
My heart goes out to those who suffered during the so-called “Frankenstorm” Sandy that hit the East Coast.
Being an empathetic person, I feel deeply their sadness and am reminded of my blessings as I only experienced a short power outage.
But Jeeez, are we talking about some one who joked about predator drones? Someone who helped in destroying the entire country, infrastructure, social structure and political structure of Libya?

Aren’t we talking about someone who blasted Osama bin Laden’s gory shot up face and the detestable defeat of Muamar Qaddafi?

Aren’t we talking about someone who dropped bombs by predator drones on wedding parties, and innocents who happen to be in the area?


Aren’t we talking about someone who has increased sanctions on Iran to cripple their economy, while giving millions and millions of dollars to Israel those dollars used to destroy the Homeland of the Palestinians? 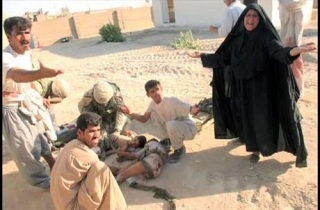 Winter Soldier: Iraq & Afghanistan (Part 2) Listen to the Truth not the lies you are told on American Jewish TV.

Are we talking about the same administration that has a kill (Disposition) list?
Aren’t we talking about the same administration that sleeps at night while children lie in hospitals with their arms and legs blown off and their parents killed?
Yes, it is a sorrowful thing that happened with this Super Storm.
But how come we Americans can have soooo much compassion for the loss of our fellow citizens and in the same breath support war, invasion, incursion and destruction of another’s homeland without a whimper and continue to support US imperialism around the world.
How is that possible that these two types of hearts can exist in the same body?
No, I am not impressed with fly overs, walks on the ground and hugs for suffering country men and women.
I will be impressed when there is a global acknowledgement, that human beings live all over this planet, they hurt, they suffer, they grieve.
That our planet does not deserve the treatment it receives from our over consumption.
I will be impressed when the humanity blanket spreads across the entire planet, and when I hear the administration say to all those they have taken life, liberty and the pursuit of happiness away from,

WE ARE SORRY FOR YOUR LOSS, WE ARE THERE FOR YOU, WE WILL NOT LEAVE YOU, CALL US WHENEVER YOU NEED TO!

Say what you will, this is the real truth and so often folks get caught up in the superfluous photo opts and loose sight of the bigger picture. 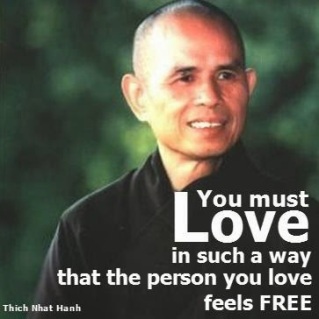 Should We Vote For Obama?