Being afraid of the unknown is not a new concept. From birth to death we’ve been trained to fear everything for a very long time. The dangers of modern life have a stranglehold on people’s imaginations. Sociologists call the phenomenon a risk society, describing cultures increasingly preoccupied with threats to safety, both real and perceived, but most definitely imagined. Most institutions today, whether they be academic, medical, religious, government and all others, would not exist in the way, shape or form they do today if it were not for the element of fear. The Earth you see before you today and the Earth of the future will be at a distinct contrast when it comes to how afraid we are of the unknown. Many of you see it coming already.

It’s why wars exist. It’s why modern medicine exists. It’s why politics exists. It’s why laws exist. We fear everything, so we must naturally attempt to control or prevent what we fear most. A majority of people will agree that the world is more dangerous than ever before. Even in the face of evidence that negates this misperception, there is no relief. We lock our doors, say our prayers, marvel at our own pessimism and then wonder why we still can’t get to sleep. We are immersed in a culture of fear.

Neurolinguistic programming, emulating psychosis, television, advertising, the illusion of terrorism and several other remarkable concepts affect every facet of our lives and our world at the expense of our health, safety and security.

Try and access any social media platform on the internet without getting bombarded by a fearful audience. It’s impossible. People are scared of everything. So they criticize, argue, belittle, antagonize and resort to ad hominem attacks that focus on the character of others because they cannot fathom a truth which is not their own. It’s a protective measure to guard against the unknown.

What Does Fear Do To Us? 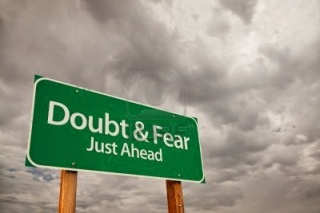 Fear keeps us focused on the past and constantly worried about the future. It creates desperation and indecision that paralyzes our logic, thinking and actions. We can’t live freely because we can’t stop living in fear.

People who are fearful are very hesitant to explore new concepts or embrace other possibilities. You can always estimate the level of a person’s fear by how they explore new surroundings and inspect objects around them. This ultimately affects our personality and how other behavioral traits affect our physiology including what kind of impacts these traits have on our overall health and life span.

There is an international consortium of scientists who are working aggressively to find ways to control fear in both the public and military. Is this the answer to our fearful ways? Certainly not as the initiatives themselves stem from fear.

Fear is tearing our society apart. In the past, fear has engendered solidarity, but today it throws wedges between all of humanity. This isolation, in turn, renders the public ever more fearful. What’s more, media outlets, politicians, modern medicine and businesses all have learned to capitalize on this distinctly modern sense of dread, and thus profit from finding ways to cultivate it. Until we find a way to resist fear, we’ll live at the mercy of these emotional entrepreneurs–and in doing so, be party to the personal, cultural, and political consequences.

Much of our concept of ourselves and our attitudes as individuals in control of our destinies underpins much of our reality or what we think about our existence.

A Negative Attitude Is The Basis of Cyclical Fears

Some of these attitudes are often based on a powerful association between a fear and a negative feeling that is so strong, that many people can’t see or even think about the fear without experiencing that automatic negative reaction. For example, many people around the world devoted to their religion absolutely fear atheists. They refuse to relate to their position. They will not even conceive the right of atheists to their own opinions and feel extremely threatened by any content promoting the principles of atheism. The same can be true if we reverse the two roles. Neither position will ever advance the other if each can only think negatively about the other. This creates self-righteousness, divisions of superiority and of course ignorance.

Negative reactions to the unknown instills a sense of weakness in our character, specifically a lack of strength in our own convictions. When people have the need to strongly chastise others for their opinions and information they present, it shows a genuine deficit of attributes related to confidence about our own belief systems, morals and values.

Those who have confidence in their doctrines do not have to identify all those things they dislike so much in others or attempt to magnify those flaws to please their own conscience. In essence, they feel they must right-fight to support their own belief system since in their minds, a competing system must be incorrect.

What’s unique about 21st-century fear is how people experience fear. Since the 1980s, society at large has bolted frantically from one panic to the next. Fear of crime reduced us to wrecks, but before long we were also howling about deadly diseases, drug abusers, online pedophiles, avian flu, ebola, teens gone wild, mad cows, anthrax, immigrants, environmental collapse, and–let us not forget–terrorists.

“There isn’t a single fear that defines our era,” says sociologist Frank Furedi, author of Culture of Fear: Risk-Taking and the Morality of Low Expectation and Politics of Fear: Beyond Left and Right. “What we have is a more promiscuous, pluralistic form of fearing. The very important implication to this is that while my parents feared together, you and I have a more isolated, private experience. We fear on our own.”

Our brains are poorly equipped to weigh risks that don’t result in immediate negative consequences. Marketers, politicians, and entertainers grasp with precision how brains misfire, and they apply this knowledge to great gain. Few can doubt how well fearmongering has worked for pharmaceutical companies who use the fear of disease to sell drugs and vaccines by the billions.

As networks battle for ratings and newspapers grasp at disappearing readers, the urge to lead with sensational stories grows. The gap between the reported and the commonplace skews our subconscious stockpile of reference points, while hunger for the next big story inevitably broadens our catalog of things that go bump in the night.

It’s Time To Abandon Fear To Change This World

People need not abandon fear altogether. Our ability to judge risk is sophisticated, and instinctual decisions often serve us well. But when something doesn’t quite seem to sync up, gut to head, then it’s time to pause and at least question what’s causing the discrepancy.

The new Earth will see people working to reduce or eliminate fear like never before. If you have a fear, first understand the nature of the object that arouses it. Let us say you are afraid of your future. What you really fear is the uncertainty that surrounds events yet to happen. By living totally in the present and by planning ahead you can reduce the uncertainty and fear. You cannot plan for all uncertainties but being prepared to an extent reduces your fear of uncertainties. Learn the art of enjoying it, too.

The psychological programming inside you, your subconscious mind, should change before any real change can happen. Your subconscious mind comprises engrams — mental traces that have been created over life experiences. These consist of both positive and negative associations and act like computer programmes. So long as the programming remains the same, the computer will function only in the manner dictated by that programme.

Similarly, we have to change the programming of our mind. Wise thinking leads to discrimination of the good and the bad. When you have changed your programming, you start perceiving and acting positively. So it is wise thinking that holds the key to a positive frame of mind.

Once people start thinking this way, it’s impossible to stop: Every television program, every advertisement, every stump speech that hangs its hat on scare tactics will be thrown into acute relief. That is where we are headed. We are all eventually going to give up allowing fears to define us, and focus instead on which ones are worth tackling together. When we do that, we won’t just free politicians from fear-inducing rhetoric or stymie fearmongering marketers; but we’ll also give ourselves some much-needed relief.