NB Commentary: Why Do We Blame Our Children? (Video)

When our youth carry on, act out, embarrass us and create chaos,
why do we blame them?

Why do we lock them away, put them on time out, punish and discipline them as if it’s their fault? As adults, aren’t we responsible for the world they are born into? And if we don’t like the world they are born into, don’t we have the responsibility to change it?
No it ain’t easy… But blaming the victim ain’t right either.
When we have a child as the CEO of McDonald’s, Burger King, ExxonMobil, Apple, Tetris, ToysRUs, Signa, GE, Warner Bros., MSNBC, Time Warner, Disney, Dept. Of Education, CDC, DHS, ClearChannel, Google, YouTube, and a host of other operations that conspire against the health and well being of our children.. we cannot continue to blame them!

They are acting out because they were born into an environment that is not child friendly or child safe. They are born into an environment that sees children as fodder. They are born into an environment that counts them in their think tanks, not as collateral damage but the actual damage, the actual casualty of a real war. A war that guarantees they will act out, be sick, mentally deranged and eventually discarded as cast off  OR they will line up behind the conspiracy and perpetrate this same exact strategy of chaos, tension and death on their offspring until the entire planet is covered with decaying misguided destructive frequencies guarantying that the human mind and spirit will not rise up from the ashes but will be struck down for eternity. Hell is not under the earth. Hell is not after we die. Hell is right here on top of the earth and we create and recreate it every day for our children, who will grow up and do the same for theirs. We cannot continue to blame the children. We have to look in the mirror. Actually, we need to take that mirror of vanity down. We need to look at our creation. Our children.

We need to change the role models they see that are destroying their own sense of self and understanding of the spiritual beings they are. We need to take them out of the religious institutions of brain washing and mind fuck and let them watch the sun rise. We need to honor their dreams and ask them to tell us what they are and help them understand them. We need to keep them away from all things harmful, including zoos, circuses, and amusement parks.
We need to teach them how to grow food, cook a meal, iron a shirt, clean a bathroom, pick a peach from a peach tree and manage their health.

We need to avoid all types of violence around them, including wars, road rage, cursing and violent video games. We need to throw away our televisions and monitor the amount of time they have on their digital devices.
We need to stop celebrating all holidays and create our own family and community gatherings. Any holidays that honor war, war criminals, injustice, pedophiles, and corruption should be avoided at all costs. We should teach them how to sweep the yard and sew their own clothes.

Why do we continually blame our youth for the shit they do and the chaos they cause, especially our pre-teens and teens? Why are we kicking them out of schools, writing statics with their recidivism in mind, arranging chairs in court rooms for their conviction and scientifically generating drugs for their intake?
Why do they rebel? They rebel because they realize that we are liars, fraudsters, fakes, perpetrators, perverts and unethical scum. They realize that we will continue to blame them and call them stupid for not abiding by the code of the destructive environment we have created for them.
How can we blame them, how can we fault them, how can we punish them? We are asking them to become the zombified skitzoid vampire that we have become being born into this environment. We are asking them to eat poison mentally, emotionally, physically and spiritually and be as grateful as we are to have it. So they rebel, and they should.
They should fight the corruption they see around them. they have the courage to stand up to the injustice. They have the courage we lost when we conformed. They have the ability to see beyond the veil and beyond our hypocrisy and the flagrant lie we tell to ourselves each and every day. They are struggling to be sane in this very insane world run by delusional people who think it makes sense to poison the air, water and earth. They are struggling with how to be sane in an insane world that cannot see the connection between hypocrisy and the resulting torment, corruption, displacement and distortion that it creates.
They don’t want to do their homework or go outside and do something when they see their parents sit in the work place all day and come home and sit on the couch all night. They don’t want to listen to our demands and commands when we do not listen to theirs. And what is theirs you may ask?? 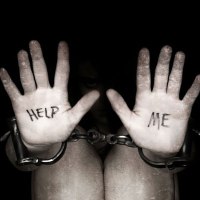 They want to feel safe, they want to be protected they want to live freely, they want to expand their consciousness they want to explore their imagination and they want to have a world that is supportive and okay with that.
This world is not…. unless you live on some primitive island far from the commercial destruction of this planet. Otherwise, there is no place for them to feel safe. So they will give into the first law of nature, self preservation and fight overtly or covertly, but they will fight until they either die, or give in. What other option do they have when adults won’t take responsibility for what they have done to the Earth they brought their children into?
And on a side note, if we continue to vote into office openly corrupt people to lead us, we are driving a stake through the hearts of our children and we really have not right to blame them in any way.

Links Of Interest
How to Deal With Your Acting-Up Teenager: Practical Help for Desperate Parents  by Robert Bayard Ph.D.
https://www.amazon.com/dp/B009GIPPP2/ref=dp-kindle-redirect?_encoding=UTF8&btkr=1
Neglect and emotional abuse are often not recognised in teenagers. Their behaviours may be interpreted by others as a lifestyle choice or ‘acting out’.
https://www.nspcc.org.uk/services-and-resources/research-and-resources/2014/neglect-or-emotional-abuse-in-teenagers-core-info-leaflet/
MOM: Typically, the more a parent clamps down, the more the child rebels. In adulthood, this can result in one of two extremes. One is that the kid remains in a state of rebellion into adulthood and has trouble making a successful life because of it. The other side we see is that when these rebellious kids become adults and have their own children they are very strict –probably overly strict– parents and it’s very hard for them to have a happy medium.
http://conversationswithmymother.com/teenager-acting-out-what-to-do/
WE ARE ALWAYS TREATING THE SYMPTOMS
“Teen Drug Rehab and addiction treatment center, Good Future, delivers quality and sustaining results for your teenager. Good Future Teen Rehab treats drug abuse, drug addiction, alcohol abuse and other addictions. Good Future Teen Rehab accepts many insurances and treats teens from all parts of the USA at the center in Delray Fl.”
http://www.florida-businessdirectory.com/company-good-future-teen-rehab_932252
You’re free to use this song and monetize your video, but you must include the following in your video description:
Dream Culture by Kevin MacLeod is licensed under a Creative Commons Attribution license (https://creativecommons.org/licenses/by/4.0/)
Source: http://incompetech.com/music/royalty-free/index.html?isrc=USUAN1300046
Artist: http://incompetech.com/
Is Water Fluoridation Good for Dental Health? 8 Reasons Why Fluoride is Toxic to Teeth, the Environment, and You
http://butterbeliever.com/water-fluoridation-dangers/
Half of teens think they’re addicted to their smartphones
http://www.cnn.com/2016/05/03/health/teens-cell-phone-addiction-parents/
Teenager Acting Out – What to Do?
http://conversationswithmymother.com/teenager-acting-out-what-to-do/
Good Future Teen Rehab
http://www.florida-businessdirectory.com/company-good-future-teen-rehab_932252
Neglect or emotional abuse in teenagers: Core info leaflet
https://www.nspcc.org.uk/services-and-resources/research-and-resources/2014/neglect-or-emotional-abuse-in-teenagers-core-info-leaflet/
How to Handle Spoiled Teenagers
http://oureverydaylife.com/handle-spoiled-teenagers-1867.html
What To Do If You Suspect Your Teen Is Drinking
http://blog.preludeiowa.org/
Watching TV might slow your brain
http://www.medicalnewstoday.com/articles/303433.php
Avoiding Injury this Amusement Park Season
https://www.edgarsnyder.com/blog/2015/05/27-amusement-park-safety.html
Child Prostitution
http://spreadthisaround.tumblr.com/
Selling Atlanta’s children: What has and hasn’t changed
http://www.cnn.com/2015/07/17/us/child-sex-trafficking-update-hansen/
Unhealthy Fixation
The war against genetically modified organisms is full of fearmongering, errors, and fraud. Labeling them will not make you safer.
http://www.slate.com/articles/health_and_science/science/2015/07/are_gmos_safe_yes_the_case_against_them_is_full_of_fraud_lies_and_errors.html
10 IRREFUTABLE evidence that GMO can harm you!
http://www.seattleorganicrestaurants.com/vegan-whole-foods/gmo-harms-dangers/
KEEP CALM SAVE CHILD SOLDIERS
http://www.keepcalm-o-matic.co.uk/p/keep-calm-save-child-soldiers/
child soldiers by bebejonjames
http://www.glogster.com/bebejonjames/child-soldiers-by-bebejonjames/g-6kea4ufhfeo188i676vgrui
Kids For Cash Judges Tied Up
http://www.inkst.ink/2015/09/kids-cash-scandal/
Children in prison
http://southsidepride.com/children-in-prison/