NB Commentary: The body double for the elite, public officials and entertainers has been going on for some time. With speculations around types of clones etc., but to be sure, common sense would tell you that with all the running around from place to place that they do they would need a stand in or a serious dose of some drug to keep them standing.

I used to wonder about that with Obama, how can he be in all them places at one time? I travel and air travel is sometimes more draining than ground travel. But be sure, when they are “chosen” to be in office in those high places, their body double is chosen for sure. And yes, I saw the movie Dave (see the video below if you missed it), but I heard about body doubles, long before.

It brings comfort to the American people to think that only Saddam, Osama or some other “terrorist” had a body double, but there was a report that even Qaddafi had one. So you see… it’s quite possible.

The thing to me is, if she is not well, or even if she is too sick to continue, who will folks be electing into the office of the Presidency? A real live  puppet for sure.. but wouldn’t that be treasonous??? 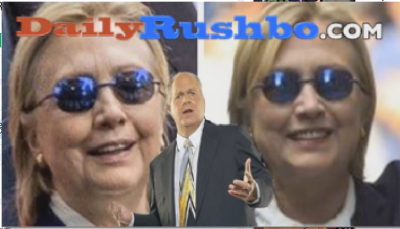 9/11, What Was Mainstream Media’s Role? Ask A Psychic (Video)