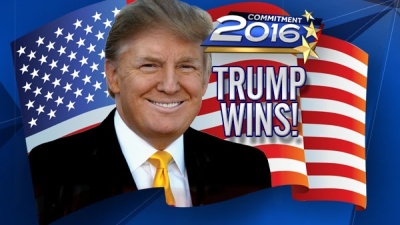 By Kevin Barrett on November 9, 2016
Different color, same Kool Aid
http://www.veteranstoday.com/2016/11/09/trump-con-game/
Remember that illusory “hope and change thing” from 2008?
Tens of millions fell for it. Obama looked SO different from Bush. So we assumed his policies would be different.
Bad assumption. And now, eight years later, many of us are making the same mistake.
Trump looks SO different from Obama, who comes across as a sensitive, educated, literate, liberal, wishy-washy, black, globalist anti-racist. Trump embodies the precise opposite of all these qualities: He is an ultra-assertive insensitive racist nativist nationalist boor who has never finished a serious book in his life.
I wrote most of the first edition of this book BEFORE the 2008 election – and called the entire Obama presidency right. Now, in this article, I’m calling the Trump presidency…before it has even started. (Hope I’m wrong.)
Such differences are purely superficial, designed to hypnotize us into imagining that we are living in a democracy. In reality, presidents are just front men for the global elite and the powerful interests they represent. Their job is to provide a change of scenery so that business-as-usual can continue unmolested by plebs seeking a bigger slice of the pie. To create a really enthralling change of scenery, something to utterly hypnotize the masses and distract them from the actual dire situation, the DIPS (Dominant Inbred Psychopaths) have learned to bring on a front man who seemingly offers the greatest possible contrast with the previous front man.
Hillary didn’t offer enough contrast with Obama; her real function was to play the foil for the rise of Trump. Like Obama, she’s liberal, educated, literate, a little too smooth, and basically a compromiser who identifies with the left wing of the power elite and shares its globalist ideals. And just as Obama was the first black president, Hillary would have been the first woman president. Symbolically as well as in actuality, a Hillary presidency would have been another Obama presidency. That would have driven the Obama-haters nuts. They had to be thrown a bone, just as the Bush-haters were thrown a bone with the coronation of Obama in 2008.
Some criticize Trump for his lack of political experience. But the truth is that Trump’s background provides perfect preparation for the presidency: He is a lifelong front-man for organized crime. Trump got his job in the  Meyer Lansky mob through his mentor, Roy Cohn. Fronting for organized crime, and fronting for the government of the United States, is pretty much the same thing these days. Trump has got plenty of the only kind of experience that really counts.
But experienced or not, Trump (like Obama, and Bush before him) is being set up to fail. The truth is that America is becoming increasingly ungovernable, and nobody will be able to change that – at least not for a very long time. The USA’s national identity, and its citizens’ governability, is predicated on endless rapid economic growth with benefits enjoyed by all, or at least most. But the era of rapid American economic growth is over, and such new wealth as is being created is hogged by the top .01%. Ordinary people are facing life sentences of permanent stagnation or worse, and their children’s lot will be even worse than theirs.
These are structural problems that cannot be solved by anything short of revolution – not the illusory revolution offered as a marketing slogan, along with cosmetic reforms, by the likes of Bernie Sanders, but real revolution. (And/or the breakout of “free energy” technologies.)
As the BBC documentary The Power of Nightmares explains, the era of the politics of hope (predicated on endless economic growth and equitably shared benefits) has been eclipsed in the post-9/11 era by the politics of fear.
Bush-Cheney inaugurated the fear era with a satanic public ceremony: The human sacrifice of 3,000 people on 9/11/01. When people started catching on, PRESTO-CHANGE-O they wheeled out Obama, the anti-Bush, to distract, hypnotize and stupefy the anti-Bush crowd. Now people have caught on that the 2008 recession never ended and will never end (at least not for ordinary folks) so the illusion of another massive change is necessary. Bring on Trump, the ultimate distraction, to mollify the Obama-haters!
Trump’s superficial anti-globalist anti-New-World-Order facade is going to be set up to take the blame for the bad stuff that’s coming. The globalists will say: See, we told you that Trump and his nationalist nativism would be a disaster! Then they’ll wheel out the anti-Trump, whether in 2020 or 2024, who will be totally pro-globalist, maybe outright pro-world-government, and who will offer the greatest possible superficial and meaningless contrast with Trump himself, who will be even more loathed then than he is now.
The whole time, business-as-usual will continue, perhaps interrupted by one or more spectacular false flags to keep the fear level raised to orange.
You don’t have to be Nostradamus to figure this stuff out. It’s all right there in front of anyone with eyes to see.
Pasted from <http://www.veteranstoday.com/2016/11/09/trump-con-game/>
Posted by Kevin Barrett on November 9, 2016, With 4677 Reads Filed under Election 2016, Of Interest.
http://www.veteranstoday.com/2016/11/09/trump-con-game/

Why Did Dir. Comey Close the Clinton FBI Investigation? (Videos)