The Battle Between the MSM and Alternative News Media (Videos)

NB Commentary:  If it’s so fake, and so unbelievable, then why don’t they simply ignore it?
Why do so many so called “real news” outlets feel the need to spend so much time lambasting so called fake news.
They have relegated themselves to the likes of Snopes.com in an effort to cover up PizzaGate scandal.  They have reported the debunked aspects of this story while ignoring the real indications and the real connections.

They are also telling out right lies, which is nothing new..

I find it ironic that they, in the past, have used Twitter accounts of what is happening in the world of news and posted it on their websites and TV programs, but now that the dark cover has been pulled back they want to discredit alternative news outlets.
When they go thru this much lambasting of alternative news, they must really be trying to hide something.
Sounds like they are in full attack mood.
They are panicking and shooting themselves in the foot the entire time.
Get a grip you guys.
Get off your Satanic Panic button.
Let it rest. We know what you all do in the dark. You can’t cover it up no more.
Now we just need witnesses, victims to come forward and shut it down. Hopefully, anyways.
What gets me is that “they” know their news is scripted. They read a teleprompter that pipes in the same spin. They get a chance to add a little caveat to it, an inflection or intonation, but they know that if they steer away from the script they will lose their jobs. They know the CIA is playing a huge roll in the news they pipe out and that government officials are typically present at the big news outlets. They have heard the horror stories and they have their own as it relates to how they are pruned to even be an announcer.

ABC anchor man said, “Breaking News, we now have news about Hillary Clinton’s death.” but she wasn’t dead. Fake news. They know that the poison gas debacle blamed on Syria’s Assad, was faked but they report what they are told.  And how about the faked beheadings?  They know that they even have to change their story and some folks get fired when they are exposed as faking a story, or in other instances get promoted if they can keep it going, i.e, Anderson Cooper and the Green Screen debacle during his interviewing of a Sandy Hook Grieving Mom. He lost his nose in that one.
Or how about the two news reporters claiming to be in two separate places but had the same truck drive by in the scene behind them.  There are countless other examples, to many to even identify, yet they want to point a finger at the alternative news outlets and call them fake news.
They know this, yet they want to point fingers at independent news outlets and encourage a crack down on them. I say, look in the mirror first, and once that’s done, I am sure there will be few MSM outlets left if they were being honest.
They are so desperate. The funny thing is, by listing those so-called fake news outlets, they are actually giving you free advertisement, and that will get folks to check you out. Like Mommy and Daddy telling you don’t play with the children who live across the street. What are you going to do? Play with the children across the street. Maybe they need more publicity, if they talk begrudgingly about so-called fake news, they think they can get more viewers, but that’s too bad because they have lied so much, folks would rather find an alternative and they have given them a nice list to refer to. Who told them to do that?﻿

When they claim that the alternative news stories that are not exactly true, or a
spin or a mere fabrication, that those stories may cost someone’s lives, I can’t help but think of how the story of 19 hijackers with box cutters, took over 3 planes, crashed into two buildings in NY and one at the Pentagon and how this story hyped the American people up to the point they were willing to hurt somebody. Folks enlisted in droves to go fight the enemy of “our freedoms” only to find out
that the whole war on terror was based on a lie. A lie so well orchestrated that to this day people still debate over whether it was an inside job.  Forget whether it was inside or outside job, how about all the inconsistencies and how they spun the narrative.
9/11 is my pet peeve as it is so blatantly obvious to be bigger than any false flag preceding it. How many people died in the ensuing wars because of this fabricated story?  And this story was so full of holes, doctored and re-written with obvious cover-up after cover-up and those who covered it up, got promoted and/or were never brought to “heel”.

It’s not the lie that bothers me,
it’s the insult to my intelligence that I find offensive.
Every time I hear that adage, “fake news” I can only think of the many, many false flags, and how they repeated the same narrative. Remember that shooting of a TV anchor in VA? That was sooooo phoney, yet they kept repeating it like it was real. I think they are robots. Remember the “white hot” love guy who was clearly not so hot.. It was so fake, it was comical. They also fake the weather reports. It’s like the pot calling the kettle black. But more seriously, it’s the other arm of gun control. Control the narrative, control how folks can defend themselves and it’s a done deal. I only laugh because the Internet was created by DARPA, the CIA infiltrated Facebook and YouTube. Soros cause all them color revolutions with Twitter. Its like they created a toy for themselves and never expected it to become their destruction. They are falling over themselves trying to recoup their losses. The postal service lost with email and now the MSM is losing because of Social Media. What a world, what a world.
Let Me Conclude With This Summary:
When you set up an educational system that creates parrots who memorize and retort what they have learned to earn a grade, then you will create a mass of sheeple who will accept and regurgitate whatever they are given, from what ever news outlet, be it Mainstream or Alternative. Neither animal is always correct and certainly they all have to spin to keep their audience engaged. Some spin to the tune of millions of dollars, others to the tune of millions of followers but all in all it’s about getting their version of the “word” out there for consumption by the masses. 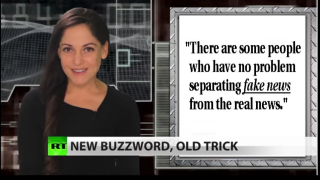 Since the masses have not been taught creative thinking, critical thinking or even discernment, it is difficult for many of them to separate the wheat from the tares when it comes to what is really going on in our world, and since most of us were not at the scene of the crime, we have to take “somebody’s” word for it.
Additionally, since much of what is reported is reported for the intellectual
prowess of the average 5th grader, the news is watered down and dumbed down and spruced up with cleavage, entertainment and sometimes fantasy.
Once again, their desire to control the masses and create non-thinking robots has given the so called “alternative news” outlets a group of people who, quiet as it’s kept, still are not thinking outside of the box. They will each find their niche or some outlet that speaks to their sentiments and preconceived notions just as they would with any other news outlet.
So what we have is a battle between the MSM and the Alternative News. What are they fighting for? Followers, subscribers, ads and revenue. On both sides of the aisle you will find “truth telling” but the same system that made the MSM and it’s cohorts has made the Alternative News. So even this battle is a Psyops and does not speak to the deeper issue, we have a dumbed down, gullible, practically illiterate group of fans who support their narrative. It’s all about politics and economics in the final analysis.
CIA Flashback: “We’ll Know Our Disinformation Program Is Complete When Everything the American Public Believes Is False.”
http://truthstreammedia.com/2015/01/13/cia-flashback-well-know-our-disinformation-program-is-complete-when-everything-the-american-public-believes-is-false/
Obama’s Attack  on “Fake News”  http://nanas-rants.blogspot.com/2016/11/obamas-attack-on-fake-news-videos.html
Podesta Emails FireStorm-Free Speech Or Censorship  http://nanas-rants.blogspot.com/2016/11/podesta-emails-firestorm-free-speech-or.html
https://www.ureka.org/thoughts/view/86975/why-the-mainstream-medias-attack-on-fake-news-reveals-their-own-bent-intent
WASHINGTON — A regular guest commentator on Fox News who has been lying for years about working for the Central Intelligence Agency was arrested on Thursday and is being charged in connection with falsely claiming he worked as an “Outside Paramilitary Special Operations Officer” for the CIA for nearly three decades.
http://www.huffingtonpost.com/entry/wayne-simmons-arrest-cia_us_561fd787e4b028dd7ea6fd43?o3v26gvi
Total Breakdown of The Media’s Use of NLP & Mind Control
https://www.youtube.com/watch?v=3rbussqP7po
Dr Udo Ulfkotte, journalist and author, on RT
https://www.youtube.com/watch?v=yp-Wh77wt1o
The End of Alt Media = The End of Trump!
https://www.youtube.com/watch?v=vXemqMVCEU4&t=203s
Pizza Gate False Flag For Fake News Attacks Free Speech and Independent Media
https://www.youtube.com/watch?v=dfl00AuYNa0&t=49s

Want To Help A Child Victim of Ritual Abuse? Don’t Do This!! (Videos)